ISLAMABAD: The World Bank has started appraising the government’s request for a $700 million credit for expansion of electricity supply from Dasu Hydropower Project (DHP).

According to project information document released by the World Bank, the loan is expected to be approved by the bank’s executive board next month.

The proposed loan from the International Development Association will be utilised as additional financing for first phase of Dasu project, and will cover cost of construction of a 255km long, 765kV high-voltage alternating current transmission line from the DHP-I to the Islamabad West and Mansehra substations, that would not only have capacity to carry power generation from Dasu project but also for future expansions of lines to other parts of the country.

The geography of the Dasu-Mansehra-Islamabad line route is dominated by mountains, varying in elevation from 1,000 to 3,200 meters above sea level, entailing hazards, such as earthquakes, steep slopes, landslides, river scouring, flooding and avalanches. ARTICLE CONTINUES AFTER AD

The DHP is run-of-river project located on the Indus River about 240km upstream from Tarbela dam. The total 4,320MW project is being developed in a staged design. The first phase of the HDP-I, currently under implementation, has an installed capacity of 2,160MW and will generate over 12,000GHz of renewable low-cost energy for supply to the central grid.

The Stage-II of the project will add another 2,160MW and 6,000GWh of electricity per year and would be undertaken in future as the first phase of the project nears completion.

The DHP is essential for addressing the key issues faced by the country’s power sector by adding renewable generation at lower cost and reducing the foreign currency requirements by using domestically-available hydropower.

Pakistan’s estimated cost of generation in FY20 is over $8.5 cents/kWh (with 21 per cent from imported LNG-based plants at $13 cents/kWh and 22pc from imported coal plants at $11 cents/kWh). Annually, the power sector incurs substantial losses due to the heavy reliance on costly imported fossil fuels, unbudgeted subsidies, lack of timely determination and implementation of tariffs, and the poor performance of the electricity distribution companies (Discos).

The report says the overall power sector debt as of June 2019 totalled Rs1.6 trillion (around 4.2pc of GDP), and a large share of this debt will eventually become a fiscal liability that the government will have to settle. The increasing level of arrears has affected not only generation but also the investments needed to upgrade and expand additional generation needed and the transmission and distribution network, thus compounding the problem, the report says.

The power sector’s foreign currency requirements are increasing pressure on the foreign exchange reserves of the country. Pakistan’s electricity mix has become more reliant on imported fossil fuels, thus rendering the sector more vulnerable to price volatility and foreign exchange risks. More than 70pc of the additional capacity added in recent years is based on imported fuels, mainly coal and LNG, while use of cost-effective indigenous renewable energy sources like hydropower, wind and solar remain limited.

In FY19, 40pc of the electricity power generated and over 60pc of thermal generation was through imported fuel, requiring $4 billion in foreign currency in fuel payments for power generation.

This is adversely affecting the balance of payments and adding to the current monetary crises. Pakistan needs to have at least base-load generation from domestic energy sources for which hydropower development is vital, the project information document says. 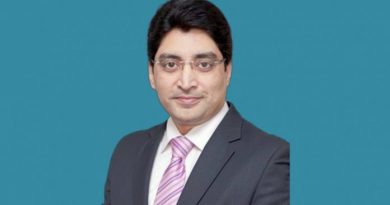