The U.S. economy is deteriorating more quickly than was expected just days ago as extraordinary measures designed to curb the coronavirus keep 84 million Americans penned in their homes and cause the near-total shutdown of most businesses.

In a single 24-hour period, governors of three of the largest states — California, New York and Illinois — ordered residents to stay home except to buy food and medicine, while the governor of Pennsylvania ordered the closure of nonessential businesses. Across the globe, health officials are struggling to cope with the growing number of patients, with the World Health Organization noting that while it required three months to reach 100,000 cases, it took only 12 days to hit another 100,000.

The resulting economic meltdown, which is sending several million workers streaming into the unemployment line, is outpacing the federal government’s efforts to respond. As the Senate on Friday raced to complete work on a financial rescue package, the White House and key lawmakers were dramatically expanding its scope, pushing the legislation far beyond the original $1 trillion price tag.AD

With each day, an unprecedented stoppage gathers force as restaurants, movie theaters, sports arenas and offices close to shield themselves from the disease. Already, it is clear that the initial economic decline will be sharper and more painful than during the 2008 financial crisis.

Next week, the Labor Department will likely report that roughly 3 million Americans have filed first-time claims for unemployment assistance, more than four times the record high set in the depths of the 1982 recession, according to Bank of America Merrill Lynch. That is just the start of a surge that could send the jobless rate spiking to 20 percent from today’s 3.5 percent, a JPMorgan Chase economist told clients on a conference call Friday.Why a massive economic stimulus package is crucial for coronavirus recoveryThe Post’s Jeff Stein explained March 18 why the White House and Congress are moving swiftly on economic stimulus amid the coronavirus outbreak. (Monica Akhtar/The Washington Post)

Estimates of the pandemic’s overall cost are staggering. Bridgewater Associates, a hedge fund manager, says the economy will shrink over the next three months at an annual rate of 30 percent. Goldman Sachs pegs the drop at 24 percent. JPMorgan Chase says 14 percent.AD

“We are looking at something quite grave,” said economist Janet L. Yellen, the former Federal Reserve chair. “If businesses suffer such serious losses and are forced to fire workers and have their firms go into bankruptcy, it may not be easy to pull out of that.”

Little more than seven months before the presidential election, President Trump already is looking past the crisis and promising a swift recovery. “We’re going to be a rocket ship as soon as this thing gets solved,” he said Thursday. “… We think it’s going to come back really fast.”

Most economists expect the economy to begin climbing out of its deep hole in the second half of this year. But those forecasts depend upon the pandemic being brought under control and the United States and other governments enacting policies that prevent lasting harm to factories and financial arteries. Even if all that happens, the economy will be smaller at the end of this year than it was at the beginning, according to Bridgewater, Goldman and JPMorgan.AD

The truth is no one knows what will happen months from now. No one on Wall Street or in Washington has any experience dealing with the kind of complex threat that has suddenly materialized to upend American life — a global health scare that is strangling the economy and disrupting financial markets.

Individual workers and their families — many only recently recovered from the economic cataclysm of 2008 and 2009 — are already feeling the effects. The unexpected economic shock has put millions of Americans living on the precipice of ruin. In a Fed survey last year, 39 percent of Americans said they would be unable to handle an unexpected $400 expense.

Lyndsy Hartmann knew something was wrong last weekend when she went to her job at a spa company in Charlottesville. Hartmann, 34, normally handles 150 calls a day from people interested in booking spa treatments and massages. But on Saturday and Sunday, she received a total of six.AD

Her boss laid off most of the staff Monday morning. Tuesday, it was Hartmann’s turn.

This video is currently not available

Her husband, who works as a personal chef, also has lost his job. He had a side gig driving for Uber, but the college students who were his main customers disappeared earlier this month when the virus forced the University of Virginia to close. Now, the couple is worried about paying their $1,300 apartment rent.

“I don’t have savings. My rent is so high that I live paycheck to paycheck,” Hartmann said. “Everyone is talking about how the coronavirus is affecting restaurants, but it’s affecting hotels, spas and hospitality in general. I don’t know how I’m going to pay rent and pay my bills.”

The situation is much the same in Mount Clemens, a suburb of Detroit. Steve Manzo is a cook and bartender at an Irish pub who began the week anticipating double pay for St. Patrick’s Day. Instead, he lost his job Monday and spent hours on the state’s unemployment website trying to apply for government aid that will make up less than half of his typical $60,000 annual income.AD

Like many, Manzo lives paycheck to paycheck and is worried he might not even have a restaurant to return to if the pandemic endures.

“I keep looking out my window and everything looks normal, but it doesn’t feel normal,” Manzo said. “I live downtown with bars and restaurants, and nobody is here.”

Even Yellen, 73, has not escaped the anxiety. She is hunkered down in her Washington home running economic forecasts that all look grim. Her son, who flew home from London on Saturday and was caught in the mass of people at passport control at Dulles International Airport, is self-quarantining in the family’s basement to avoid endangering his mother. Yellen, one of the world’s top economists, leaves plates of food for him at the top of the basement stairs.

Senate consideration of a financial rescue of more than $1 trillion came amid mounting signs of economic distress. In a joint letter, United Airlines chief executive Oscar Munoz and union officials warned of imminent layoffs and urged the airline’s nearly 100,000 employees to lobby Congress for help.AD

“While many in Washington, D.C. now realize the gravity of this situation, time is running out,” the letter said. “… To be specific, if Congress doesn’t act on sufficient government support by the end of March, our company will begin to take the necessary steps to reduce our payroll in line with the 60% schedule reduction we announced for April. May’s schedule is likely to be cut even further.”

Lawmakers’ willingness to countenance massive spending and corporate bailouts in response was one sign that Americans increasingly recognize the battle against the coronavirus involves a stark choice between health and wealth.

U.S. officials are deliberately engineering a sharp recession to blunt the spread of a fatal disease for which there is no cure, definitive treatment or vaccine. Governors in Florida, New Jersey and Nevada on Friday all took or indicated they would take significant action to limit activity outside the home.AD

The only way to interrupt the viral blitzkrieg is to implement social distancing. But keeping friends and co-workers apart is a recipe for crippling the consumer spending that drives 70 percent of the $21 trillion economy.

Alexis J. Walker, 40, earned about $60,000 last year with a series of jobs — working a part-time job at an after-school program in Philadelphia, which ended a week ago; substitute teaching; working as a nanny; DJ-ing at parties; and selling homemade shea butter — and occasionally renting her apartment on Airbnb.

Last weekend, Walker had $500 worth of babysitting and DJ gigs lined up, but all her customers canceled, along with her entire lineup of Airbnb guests this spring. Her landlord is letting her delay her rent payment, but she knows it will eventually come due.

“Those bills still have to be paid. My debts keep accruing,” said Walker, who hopes to establish a virtual after-school program to keep some money coming in. “What will send this country into a depression is all the bills people will have to pay in two months.”AD

Dean Baker, senior economist at the Center for Economic and Policy Research, said a depression would involve a more protracted period of unusually low activity than what seems likely.

“Everything depends on how long we are effectively locked down,” he said. “If it’s just two to three weeks, then it need not be this bad. But if we locked down for most of the quarter, then we are looking at a really bad story.”

The sudden turnabout in U.S. economic fortunes is without historic parallel. As 2020 began, the U.S. economy had been expanding without interruption since the middle of 2009. The jobless rate was near a half-century low, and the stock market was headed toward a record high.

Now, the economy is screeching to a halt and the stock market is in free fall. On Thursday, the Big Three automakers said they would close their factories through March 30. Real estate agents have canceled open houses. Marriott, the largest hotel company in the world, is closing its hotels and furloughing thousands of workers.

In a video message to employees, CEO Arne Sorenson said he would not take any salary for the rest of the year. The pandemic “is like nothing we’ve ever seen before,” he said.

The sudden loss of hotel business exceeded the combined effects of the Great Recession and the aftermath of the 9/11 terrorist attacks. On average, hotel revenue is down 75 percent, which requires draconian retrenchment.

“I can tell you that I have never had a more difficult moment than this one,” said an emotional Sorenson. “There is simply nothing worse than telling highly valued associates, people who are the very heart of this company, that their roles are being impacted by events completely out of their control.”

On Wall Street, the bloodletting has continued almost without interruption. After a brief respite Thursday, stocks sank again on Friday. The Dow Jones industrial average closed at 19,173.98, down more than 913 points, or 4.6 percent. Since reaching an all-time high on Feb. 12, the Dow has lost 35 percent of its value.

“Get out, get out while you can before they shutter the whole darn United States,” Chris Rupkey, chief financial economist for MUFG, wrote in a note to clients. “A stunning reversal of fortune for the best economy in history to the worst economy in history in not even two months. The fastest recession in history. With no one spending a dime, it will stay that way a long, long time.”

For small-business owners, there is palpable fear of bankruptcy.

Bryan DeHenau already has filed for bankruptcy once before, when the construction industry crashed amid the Great Recession. In the years since then, he’s built up a roofing business in hopes of developing a more recession-proof income stream.

Six weeks ago, he said, he had work “coming out the ying-yang.” Now business is down 50 percent and he worries about obtaining enough roof shingles for his remaining customers or dealing with a potential lockdown if Michigan follows the lead of other states.

“We’re just trying to manage day to day. It’s all you can do,” DeHenau said. “But if everybody is laid off, they aren’t going to be buying a roof.” 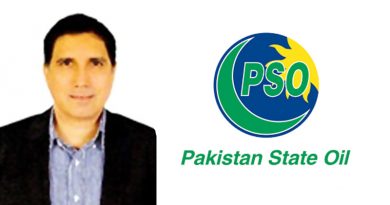 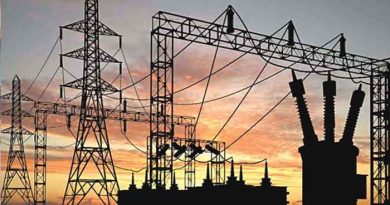