The project developed three different designs to determine whether the partners’ concepts were viable in terms of engineering and as a commercial business case.

The three concepts were:

Anders Køhler, CEO of FPP, said: “All three designs proved to be viable and promising…and they can be used in different commercial situations. We are also excited to see all three concepts being progressed towards commercialization and taken up in TRL, also addressing the challenges identified in the project.” 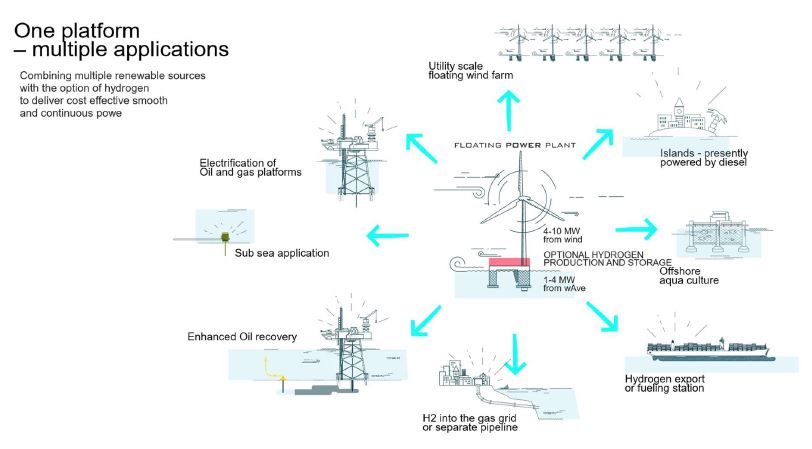 Using renewable energy to decrease emissions in the oil and gas industry might sound like an obvious idea, but it is difficult to implement, since adhering to rules and regulations, client requirements, power management and control at the same time could prove to be difficult.

When the project started, the rules and regulations were not even clear, so DNV GL was hired to help with establishing a rule set for the various concepts.

Linda Hanken, Field Development project manager at Lundin Energy Norway, said her company sees electrification and integration of renewables into oil and gas production “as a necessity to support the transition towards climate neutrality.”

Carsten Nielsen, senior vice president at Semco Maritime, added: “We have supported this project with the system outfitting design, adaptation of O&M philosophy to the O&G market and input to constructability and how to enable mass production.

“We are happy to see the project results and especially the base load power solution, which we believe has potential to play an important role in the electrification of O&G production, where we also see a lot of potential for deploying our high voltage competences.”

Denmark’s EUDP program gave a grant of DKK4.79 million ($780,000) to the partners for the project, “Decarbonisation of Oil & Gas Production – by cost effective Floating renewable Technologies.”

This was based on FPP’s combined floating wind and wave technology and developed and adapted new designs and business concepts, for use in combination with the extraction of hydrocarbons.