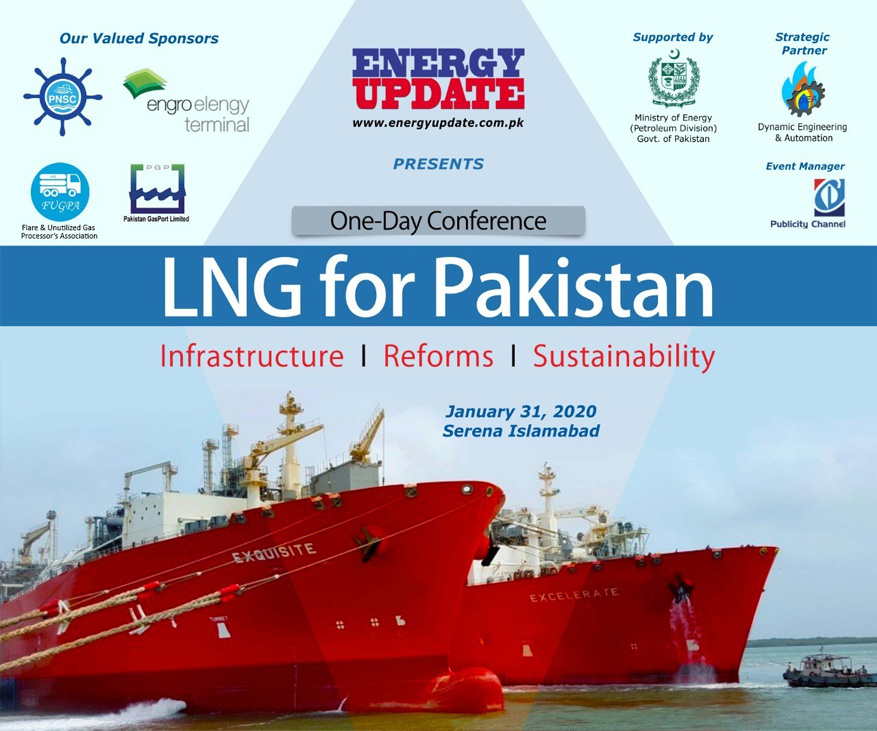 Nadeem Babar  will inaugurate  the confernece

Special Assistant to Prime Minister on Petroleum Nadeem Babar will inaugurate a daylong conference on Liquefied Natural Gas (LNG) at a hotel in Islamabad on January 31st, 2020 (Friday) with special focus on countrywide gas shortfall amid severe spell of cold weather.

The Energy Update, which has to its credit 10 editions of Power Generation Conferences and four International Wind Energy Conferences, is going to organize the daylong seminar titled “LNG for Pakistan”.

Naeem Qureshi, chairman of the organizing committee of the conference, said that the proceedings of the conference would go a long way in determining the true role of LNG in effectively bridging energy shortfall in the country.

He said that speakers and participants of different sessions of the conference had been chosen in a manner that they represented every segment of the energy sector of the country so to have a meaningful dialogue on potential and future of LNG as a reliable energy resource.

He said that the conference would discuss every aspect related to LNG sector in Pakistan be it its import, storage, transmission, supply, regulation, and pricing so that it becomes a viable segment of the energy equation of Pakistan.

Mr. Qureshi said that one of the  major focus of the conference would be protection of the legitimate interests of end-users of gas supply in Pakistan be it in the domestic, industrial, or commercial sectors so that the new gas pricing should not become exploitative and financially unbearable for them.