On Wednesday, Pakistan formally constituted a five-member price negotiation committee (PNC) to begin talks with Turkmenistan for price cut after authorities would its existing prices reasonably higher than Liquefied Natural Gas (LNG) being imported from Qatar and other countries.

The two countries have already agreed to discuss the price opener beginning next month.

Perhaps following in the footsteps, India is also reported to have separately written to the Turkmen authorities for price reduction. The 1820-km pipeline — worth around $8 billion — had envisaged about 1.3bn cubic feet of natural gas per day (BCFD) each to Pakistan and India. On top of that, the anticipated withdrawal of US forces from Afghanistan also appears to be another negative factor for international prospective financiers to pledge big investments.

On Wednesday, a meeting of the Economic Coordination Committee (ECC) of the Cabinet was unequivocally told by Prime Minister’s Special Assistance on Petroleum Nadeem Babar that existing gas price under the Tapi project did not suit Pakistan, senior government officials told Dawn.

“Under existing formula, the gas import from Turkmenistan is commercially unfeasible”, Mr Babar was quoted by officials as telling the meeting.

The meeting presided over by Prime Minister’s Adviser on Finance and Revenue Dr Abdul Hafeez Shaikh then constituted the five-member committee to renegotiate gas prices with Turkmenistan. The ECC “gave approval for the constitution of the PNC for Tapi Gas pipeline project,” an official announcement said.

Officials said Mr Babar told the ECC that Turkmen gas price for Pakistan was 5-10 per cent higher than LNG available to it.

On top of that, the LNG mechanism provided flexibility to the purchaser in terms of gas quantities and tenure of supplies while gas pipeline once constructed could not be abandoned or changed and hence involved long term liabilities going beyond 15-20 years.

Therefore, unless piped gas was ­significantly cheaper than shipped LNG, there was no incentive for Pakistan to pursue it.

The ECC was told that Petroleum Division had already given a notice to the Turkmen side provided under the gas sales and purchase agreement to renegotiate gas price.

In response, Turkmenistan had agreed to discuss the issue and would be sending a team Pakistan next month.

Informed sources said the pipeline project had two-phased construction plan by the Turkmenistan which held about 85pc stakes in the joint Tapi Pipeline Company with 5pc shareholding each from Pakistan, Afghanistan and India.

Since India had been raising security guarantees for the pipeline to pass through Pakistan territories, Turk­menistan had planned a pipeline without compressors to deliver 1.3BCFD gas to Pakistan which could doubled with addition of compressing stations in case of India’s firm commitment for gas intake.

The ECC also directed Ministry of Finance to explore the possibilities for improving the liquidity position of Pakistan State Oil (PSO) which suffered exchange losses of around Rs28bn on FE-25 loans. The loans were acquired under the instructions of Ministry of Finance for financing of import operations of PSO without drawing down foreign exchange reserves of the State Bank of Pakistan.

Finance Ministry assured the ECC of utilisation of possible all funding options in the ongoing financial year and any deficiency in the funds shall be entertained in the upcoming budget in view of the IMF restrictions on fiscal operations and supplementary financial grants.

ECC granted extension of Government of Pakistan guarantee against credit facility of National Bank of Pakistan amounting to Rs5bn to Utility Stores Corporation of Pakistan.

On the request of the Ministry of Water Resources ECC granted approval to Wapda to raise a fresh loan worth Rs17.5bn from Allied Bank of Pakistan with one-year tenure and GoP guarantee. The fresh loan was required to settle about Rs38.12bn loan contracted by Wapda from Habib Bank Limited a few years ago for payment of net hydel profit to provinces.

An amount of Rs18bn had been repaid to the HBL while another Rs2.5bn would be arranged by the Central Power Purchasing Agency (CPPA) from its own resources.

The ECC also granted clearance under Prudential Regulations R-4(clause 1a and 2) from the State Bank of Pakistan to disburse the facility initially against a letter of comfort.

The ECC also granted approval of allocation of Gas from PGNiG’s RIZQ Gas Field to M/S SSGCL. It was briefed to the ECC that currently 2 wells namely Rizq-1 and Rizq-2 are producing 16 mmcfd gas from Rizq gas field, which are allocated to M/s SSGCL, whereas Rizq-3 which is under drilling, is expected to add another 9 to 10 mmcfd gas to the existing production.

Upon completion of this well, the cumulative gas production from this gas field is expected to raise up to 25 mmcfd. The price of the gas shall be according to the applicable Petroleum Policy.

On a demand moved by the Ministry of Industries and Production for Rs3.02bn for the payment of outstanding SSGC dues by Pakistan Steel Mills (PSM) on account of gas bills, the ECC constituted a three-member committee led by Secretary Finance to find out a feasible solution for the issue so that the already allocated budget may not be exceeded and the liabilities of both SSGC and PSM were duly settled. 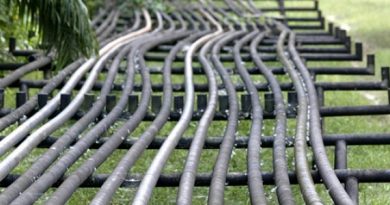 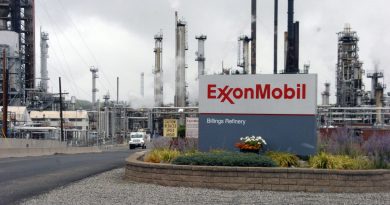