Talking exclusively with Business Recorder, he said that K-Electric has launched an appeal for the recovery of dues of more than Rs 50 billion, pending with the government of Sindh (GoS) and other provincial entities.

The appeal has been made in the interest of the city of Karachi as the stuck-up receivables pose a serious threat to continuity and reliability of supply. Receivables from different departments of the GoS have increased to around PKR 19 billion. In addition, approximately PKR 32 billion are due from the Karachi Water & Sewerage Board (KWSB).

“Our demand from the government of Sindh is based on the summary it filed in the Supreme Court of Pakistan in 2016. In the summary, the Sindh government had submitted that it would start making monthly payments on behalf of KWSB against current bills and devise a payment schedule for the outstanding dues of KWSB.

We have reconciled approximately PKR 28 billion with KWSB and are demanding reconciliation of the remaining amount. No payment plan has been conveyed to us so far,” he added.

In reply to a question, Moonis Alvi said that the KE’s unpaid receivables are becoming a serious threat to its ability to invest in the future projects of the city and perhaps even to its ability to sustain ongoing operations.

According to him, approximately Rs 34 billion out of the total receivables from GoS have already been reconciled, but the amount stands unpaid till date, adding that it is an alarming situation which the power utility has bridged in the short-term through borrowing, so that Karachi is powered up and people are allowed to go about their lives and industries to operate.

“The insult to injury is that while we have to pay mark-up on borrowings, our pending receivables have no such accrued benefit to us, and the impact on the company’s profitability is severe. Our finance costs have doubled in the last one year. This situation is unsustainable since we will also have to repay this debt. How will we make these repayments, or purchase fuel to operate our plants and fund our investment projects if this issue of receivables is not addressed,” Moonis said.

The utility made payments of more than Rs 70 billion in FY 2018 alone for furnace oil, gas (including RLNG) and lubricants, the bulk of which were made to Pakistan State Oil (PSO) and Sui Southern Gas Company (SSGC).

The situation is quite alarming considering the fact that the receivables from the Sindh government are just one part of the problem. KE’s total receivables from government entities – both federal and provincial – have ballooned to around Rs 230 billion approximately. To put this in perspective, this is around as much as the company’s entire revenue for FY 2018, and more than double the entire after-tax profit that the power utility has generated in the last seven years.

In reply to a query about the fears that the company could default on its payments, Moonis said, “It is a credit to the power utility that we continue powering KWSB’s critical water pumping stations in the interest of the citizens of Karachi. At the same time, we are not defaulting on any of our fuel payments.

Not only this, but we continue to plan for the future needs of the city, and have announced several planned initiatives which will lead to investment of $3 billion over the next few years to keep pace with the city’s power requirements, which have been growing faster than the rest of the country. This includes projects in transmission, distribution and generation, such as the USD 450 million-plus TP-1000 transmission project and the 900 MW RLNG-based power plant at Bin Qasim.”

He reiterated that neither was the situation sustainable or economically viable nor was it in the interest of the city of Karachi and the economy of the country.

“Our trade debts have been rising significantly (66% over last six years) mainly due to the increase in receivables from public sector consumers. We have already issued Sukuk of Rs 25 billion to finance our investments and projects, so that we can continue to invest and expand to meet the growing power needs of the city. But it is critical to address this longstanding issue of receivables so that KE’s growth investments can continue unaffected.

Our legitimate fear is that this issue has the potential to compromise or delay our investment plan which would affect the power outlook of the city and result in load-management,” he further added.

Moonis Alvi was of the view that there is a growing fear in industrial circles as well that there might come a time when the company would no longer have the capital to run its generation plants.

When asked if there was threat that the city’s industries would grind to a halt, Moonis categorically said, “No, they won’t. We have and will continue to do everything possible to avoid such scenario, but our pockets are not unlimited. Our costs have gone up because of rising fuel payments and our short-term financing burden.”

What is creating more difficulties for KE is that unlike all other Discos in the country, it has not yet received legitimate adjustments for fuel cost differential while the utility has already paid for increased fuel costs over the last 36 months, he said.

The cost of furnace oil has ballooned from around PKR 27,000/MT in June 2016 to about PKR 70,000/MT in FY 19. The other major reason for increase in fuel cost is the rising share of re-gasified liquefied natural gas (RLNG) in KE’s fuel mix, and the utility has consistently raised the issue of inadequate supply of natural gas with concerned quarters.

“We have been single handedly absorbing this increase while being unable to pass it through. The Nepra has recently allowed the recovery of fuel cost differential. The issue of outstanding receivables from government of Sindh cannot be left as it is and we hope that a payment plan will be agreed in the interest of the city,” he concluded. 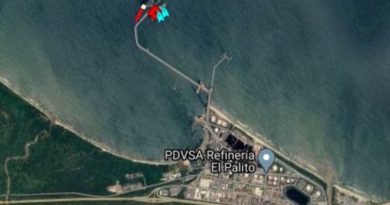