The Council of Common Interests (CCI) has directed the Power Division to incorporate observations of Sindh and KP governments in the Alternate Energy Development (ARE) Policy 2019, as both provinces opposed approval of policy in the current shape.

Well informed sources told Business Recorder that Power Division at a meeting of the CCI held on December 23, 2019 argued that draft ARE policy 2019 has been finalised in consultation with all the stakeholders including Sindh government. Power Division also claimed that the representatives of Sindh government attended all the relevant meetings indicated from their signatures on the attendee sheets.

According to Sindh Chief Minister Murad Ali Shah, Government of Sindh believes that draft ARE Policy 2019 is an important policy document for the development of renewable energy sector in the country. Sindh is naturally blessed with bright sunshine throughout the year which is highly suitable for solar energy and Gharo- Jhimpir- Jamshoro wind corridor which is the only viable wind corridor in the country. Government of Sindh shared detailed documents and views on the draft policy prepared by AEDB during its board meetings chaired by Minister for Power, Omer Ayub Khan; however, those were not incorporated.

Murad Ali Shah stated that in the national interest the views of Government of Sindh be incorporated in the draft ARE Policy 2019, adding that Sindh has made extensive efforts under defunct Renewable Energy Policy 2006 for the promotion and development of affordable renewable energy in the country.

Power Division, however, claimed that the issues raised by the Chief Minister Sindh have been addressed completely and fully and policy documents have been shared with all provinces. Power Division further added that in case the Chief Minister Sindh feels that any additional suggestion needs to be discussed, it should be tabled in the CCI meeting.

According to the Ministry of Inter Provincial Coordination (IPC) as per schedule-II of the Rules of Procedure of CCI, 2010, the Power Division was required to circulate the summary to concerned stakeholders/ provinces for views/ comments before submitting it to the CCI. However, in paragraph -6 of the summary it was mentioned that draft ARE Policy 2019 was submitted to the Federal Cabinet for approval for placing before the CCI.

The IPC Division’s letter showed that the Power Division, in fact, violated the schedule-11 of the Rules of Procedure of CCI, 2010. Chief Minister Sindh, in his letter, urged Prime Minister Imran Khan to desist from unilateral submission of the summary, if any, at eleventh hour in the next CCI meeting.

However, when ARE Policy 2019 came under consideration, Sindh and KP raised some observations during the meeting which led the decision makers to incorporate their suggestions in the Policy.

The decision of CCI circulated by the Cabinet Division states “CCI considered the summary of November 26, 2019 of Power Division and approved it in principle ARE 2019 Policy subject to incorporating observations of Sindh and KP governments in the policy. However, in the event of any unresolved observation of either of the province, the policy shall be resubmitted before the CCI.” 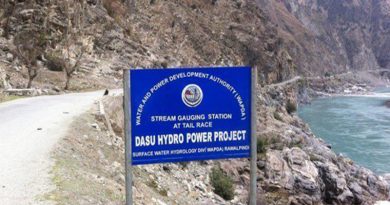 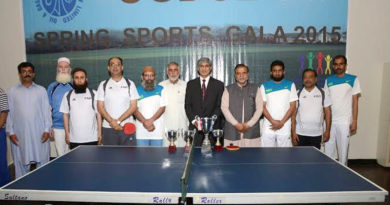