There have been news headlines in the past few months about severe energy curtailment from wind based private power projects. These are disturbing since wind being a renewable resource and providing cheap energy to the grid, should not be subject to any unnecessary curtailment. It is praiseworthy that National Electric Power Regulatory Authority (NEPRA) took notice of these news reports and decided to hold a consultative meeting with the representatives of wind power plants at Jhimpir, Thatta on 6th February 2020. NEPRA had invited in this meeting participants from other federal government agencies such as CPPAG, NTDC, NPCC, HESCO, K-Electric and executives of the fourteen wind power projects (WPPs). These 14 projects are those to which the government had granted must-run operations status under the Renewable Energy (RE) Policy 2006. This ongoing curtailment has thus created serious concern for the sponsors of these WPPs as this issue can risk their default with local and international lenders and could also lead to their bankruptcy, if immediate measures are not taken.

The core objective of this consultative meeting was to have open and candid discussion among the stakeholders to figure out the cause(s) behind National Transmission and Despatch Company’s (NTDC) decision to curtail the WPPs’ production. The Authority proactively and optimistically engaged with the stakeholders to understand the reasons of these curtailments, their impact on the operatability, viability and sustainability of renewable power plant in the country and try to resolve the issue in a way that is acceptable to all parties. Chairman NEPRA and the Authority’s other members conducted the session in a very pragmatic manner and throughout the meeting were keen to provide guidance and support to find an acceptable solution for all concerned parties.

The Authority acknowledged the pioneering role that was played by the first stream of WPPs during 2014-17 under the RE Policy 2006. It was acknowledged that the low tariffs achieved in the last round were only became possible due to the bold and risk-taking initiative of these projects and which has helped a great deal in creating a bankable template for the local and international financiers. The historically robust policy framework and security package offered by the Government of Pakistan have been instrumental in attracting local and foreign developers and debt financing from the leading multilaterals development banks.

It was argued during the meeting that WPP projects were categorized as ‘must-run’ plants which clearly meant that it was mandatory for NTDC/CPPA-G (Central Power Purchase Agency-Guaranteed) to take production from these renewable energy-based generation projects whenever it was available. All of the other related project instruments, and financing structures were created essentially around this basic premise ‘must-run’. The wind power producers highlighted that they have been given similar understanding by the top government functionaries during their interactions. However, during the last few months their plants continue to be curtailed by National Power Control Center (NPCC) of National Transmission and Despatch Company (NTDC) while some adjacent wind projects having coverage against wind risk connected to the NTDC gird were allowed to operate uninterrupted. It was revealed during the meeting that only the feed in tariff (FIT) based projects were being curtailed where as other WPPs having a cost-plus tariff arrangement were not forced to any curtailment.

NEPRA noted that this action went against the non-discriminatory treatment guaranteed to these WPPs in their EPAs and directed NPCC to stop this practice in the future. The representative of the on-curtailment WPPs expressed fear that their projects would not be able to service their debt commitments and could default with the lenders if the current curtailment trend continues during high-wind summer months when they typically generate around 70 percent of their annual revenues. They feared that if the present curtailment practice was not stopped the government could find itself in a legal battle with the lenders of these projects.

During the discussion it was evident that NPCC and NTDC had different understanding about their right to carryout commercial curtailment under the RE Policy 2006. Authority advised the WPP representatives that they should provide NPCC and CPPA the daily, weekly and monthly forecasts of energy yields of their projects. NEPRA also directed NPCC and CPPA that instead of curtailing wind power projects set up on feed-in-tariff basis, they should have sought advice and guidance from NEPRA on the nature of these projects i.e. whether or not these were must-run projects requiring mandatory dispatch of all energy produced by them.

Authority advised the wind companies to explore the possibility of utilizing their sites and available land to set up solar-wind hybrid power projects to create additional efficiencies. It was also highlighted that hybrid retrofit of existing WPPs was feasible since the land for WPPs was allocated in blocks and large acreage of land was available for solar PV installations; the existing grid and evacuation infrastructure can be also utilized for this hybrid arrangement. Since a few of the WPPs already have solar Letters of Intent (LOIs), the concession documents for the existing project may require only a few amendments. If such hybrid retrofits are implemented, it will ease the non-project missed volume (NPMV) payment burden on CPPA and will also result into lowering of tariff for consumers.

NEPRA assured that it would support the existing renewable projects to ensure that new investments required to meet the aggressive targets contemplated under the new Alternative and Renewable Energy (ARE)Policy 2019 were facilitated. NEPRA appreciated that the total energy units produced by the wind power projects were only a fraction of the country’s total generation and would not have any significant impact on the average tariff in the country. While maintaining the views that these projects were ‘must-run’, Chairman NEPRA also asked NPCC and CPPA to look into the possibility of allowing these projects to operate to the threshold level of 31% and 35% annual plant factors as envisaged in the respective tariffs to ensure their ability to meet the debt servicing and other operations and maintenance costs.

It was also discussed that world’s energy-mix was changing rapidly to give priority to cleaner and renewable energy technologies to counter the looming threat of climate change. The global power generation capacity will shift from its present 57 percent fossil fuel base, to 66 percent renewables by 2050. The additional 12,000 GW generation capacity will require investment of US$13.3 trillion by 2050, 77 percent of which will go directly to renewable power production and energy storage technologies.

In line with the global trends, the present government is committed to build on this solid foundation and enhance the footprint of RE technologies and planning energy transition towards a greater share of alternative and renewable energy (ARE) in national grid system. The sustainable development of renewable energy technologies will form a key component in this respect. Without significant scaling up and extending policy and regulatory support from the government to existing and new projects, it would be difficult to meet the government’s targets of 20 percent (8000 MW) by 2025 and 30 percent (20,000 MW) by 2030 as has been envisaged in the ARE Policy 2019. 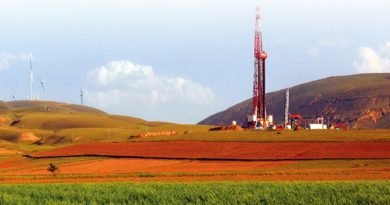 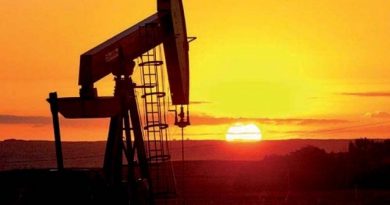 After 15 years: Pakistan may have found largest gas reserves