The two fertilizer plants, which are closed due to non-availability of natural gas, have approached the government, requesting supply of LNG which is $ 2.5/Mmbtu to bridge expected shortfall in production of urea. In a letter to Prime Minister’s Advisor on Commerce, Industries and Production and Investment, Abdul Razak Dawood, the Advisor to the two companies Ghazanfar Abbas Jilani, explained the importance of domestic fertilizer industry in ensuring national food security, foreign exchange savings and its contribution to the government exchequer in addition to providing employment opportunities.

The two companies maintain that natural gas is the main input of urea fertilizer and in Pakistan MPCL, SSGCL and SNGPL are the main sources of gas supply to this industry. Besides this, the government has been importing substantial amount of LNG at an approximate price of $ 7/mmbtu to meet the shortage of natural gas. LNG has been provided to M/s Fatimafert (FFT) and Agritech (AGL) at a subsidized rate during 2019 as a result of which supply side remained stable and no urea shortage occurred.

Currently, the international LNG prices have dropped to a record low of $ 2.5/mmbtu and it is proposed that the government should take timely action and capitalize on this opportunity by allowing the import of LNG by SNGPL based fertilizer plants resulting in following advantages: (i) substantial saving of foreign exchange; (ii) boost domestic urea production leading to lower prices and enhanced offtake by agriculture sector; (iii) no subsidy provision to the fertilizer plants operating on LNG; and (iv) GDP contribution of Rs 27 billion through operationalisation of closed fertilizer plants.

Abdul Razak Dawood has been informed that both urea plants, ie, FFT and AGL are closed as natural gas is not being supplied to them.

“If the government agrees to allow import of LNG, these plants will start production which will add 800,000 tons of urea otherwise a likely shortage of up to 500,000 tons is anticipated against potential demand of 6.2 million tons,” he added.

Both the companies have submitted the following proposals: (i) RLNG cargoes from international market to be sourced through contracts for 2 year period directly by FFT and AGL; (ii) GoP should ensure all regulatory approvals are provided from OGRA, Sui Companies, PLL/ PLTL, etc, immediately to FFT and AGL including re-gasification, transportation and gas banking arrangements enabling delivery to fertilizer plants as per daily denominations; and (iii) charges associated with re-gasification and transportation would be as per notified tariff. 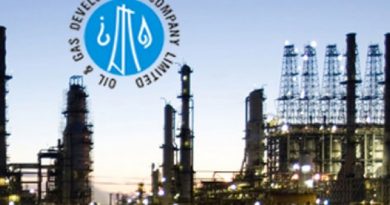