The Sindh High Court (SHC) on Monday issued notices to the federal and provincial government on a petition seeking an inquiry into the deaths of more than 10 people in Karachi’s Keamari area due to a toxic gas leak.

A two-judge bench, headed by Justice Ali Mazhar, also issued notices to the federal and provincial law officers, directing them to submit replies on behalf of the respondents and adjourned the hearing till March 11.

There is still widespread confusion regarding the Keamari incident as authorities have been unable to ascertain the exact cause of the mysterious incident that claimed more than 10 lives.

The petition, filed by Advocate Abdul Jalil Khan Marwat, sought directives for the relevant authorities to investigate the incident, to take remedial measures and to compensate the families of those killed in the incident.ARTICLE CONTINUES AFTER AD

Naming the defence secretary, the minister of maritime affairs, Karachi Port Trust (KPT) Chairman Jamil Akhter, the provincial home secretary, and Sindh IGP Dr Syed Kaleem Imam as respondents, the petitioner contended that Sindh Education Minister Saeed Ghani had confirmed in the media the death of six people due to the gas leak.

However, the education minister had refuted the statement given by the KPT chairman, who had said that no gas leak had taken place within the port’s walls. Ghani had added that a team from Bahria Town had collected samples, while a report would be submitted in this regard soon.

The petitioner said that the Sindh chief minister had also ordered the Karachi commissioner and the administrative staff of the hospitals to ensure the availability of doctors, while also directing the police to help those in need of assistance in the area.

He informed the court that the Sindh Environmental Protection Agency (Sepa) had conducted an operation at Customs House, Karachi and had cleared the premises on Feb 17, according to the KPT chairman.

Marwat argued that the entire debacle had exposed the inefficiency and mismanagement of the authorities concerned. He urged the court to direct the respondents to investigate the incident.

He said that police officials had recorded the statements of the affected people and sought directions for the provincial home secretary and the Sindh IGP to submit a report regarding the incident. 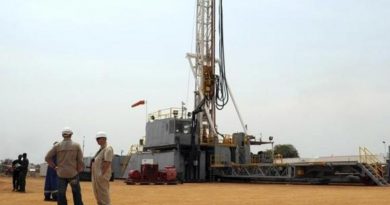 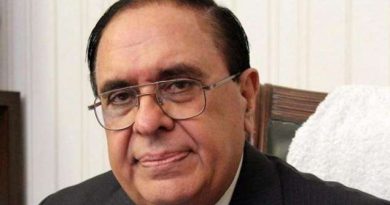