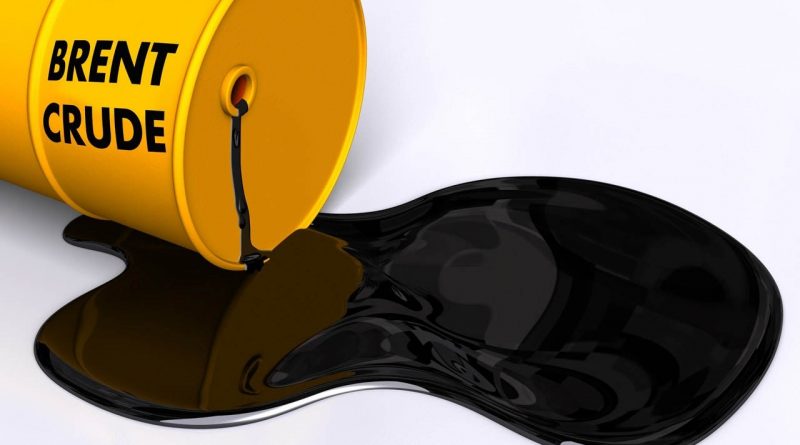 International oil prices (Brent crude) have come down to 36.79 USD/bbl (Monday, March 9). By the time, readers read these lines, Brent crude may go down further.

At its highest peak in the last days of February, Brent Crude was $56. This is a 35 percent drop in international oil prices in less than a month. The highest peak within the current year was $70.25/bbl. From that reference, it is almost a 50 percent drop today.

This is a God-send opportunity and concession for the government of Pakistan and the people of Pakistan. In 2016-17, oil prices came down to this level which greatly consumer benefitted the PML-N government. The government has reduced petrol and diesel prices by Rs5 per litre each. People are not happy, as they argue that the full benefit has not been passed on to them.

Further reduction would be due next month or could be even earlier. It is estimated that on the basis of the March 9 price, new petroleum product prices can go down by as much as Rs22 and expected prices of petrol would be Rs89 per litre and diesel Rs94 per litre.This assumes that the government will maintain its taxes at the current level of Rs36 per litre. This would be almost 100 percent taxation on landed or ex-refinery prices.

The government would be well advised to make due downwards adjustment in petroleum prices to save its political capital and boost economic growth and output through its taxation policies. The government would have more reasons to be happy and relaxed on other counts as well.

High interest rates and heavy currency devaluation have already taken a toll. However, international interest rates have gone down as well. LIBOR has come down to 1.5 percent from the recent rate of more than 2.5 percent. Most IPP agreements were based on LIBOR + 4.5 percent at a reference LIBOR of 0.5 percent.

With increase in LIBOR rates in earlier months, effective interest rates had exceeded 7 percent as opposed to a reference rate of about 5 percent. This had increased interest cost by 30 percent. LNG costs, even of the expensive Qatar contract, would be reduced by more than 50 percent .Thus electricity cost and tariff should also come down. And accordingly, circular debt should stabilize if not reduced. Hopefully, KIBOR will have to be adjusted down as well under this trend. There would be savings in foreign exchange of $4-5 billion as well and may have some impact on the exchange rate.

It should be noted that petroleum prices and taxation are still lower in Pakistan than in the region. In India (New Delhi, where the prices are cheapest in India), petrol prices are PKR154.38 (as on March 1) as opposed to prices in Pakistan of Rs111.59 per litre. Similarly, diesel (HSD) prices in New Delhi are PKR138.42 as opposed to Pakistan prices of Rs122.26 per litre. In other areas in India, prices can be higher than as high as 10 percent.

Under the current petroleum prices as announced on March 1, the government of Pakistan would earn Rs35.96 per litre out of petrol sales – resulting in annual revenue earning of Rs358.83 billion, provided prices and taxation remain the same for one year – a big if. Similarly, on diesel, the government’s taxation earning is Rs42.81 per litre, resulting in projected one year revenue of Rs461 billion.

Together, petrol and diesel enable the government to earn revenue of Rs820 billion. More realistic would be to put it in monthly terms which work out to be Rs68 billion – quite some help by the poor consumer to the government. However, in a country where the elite do not like to pay their due tax liabilities, there are few other options left.

There is a case for taxing energy consumption, as it has externalities, harming other sectors in terms of health, pollution and climate change. There used to be excise duty in the early days to cover these aspects, which continues to be the case in India. In Pakistan, it is called the Petroleum Development Levy (PDL), originally meant for development projects of the petroleum sector.

A decade earlier, courts made quite some hue and cry on it, similar to the protestation that is going on today on the GIDC. It is time, perhaps, to change the nomenclature. An appropriate name would be ‘carbon tax’ which is being pushed increasingly by climate change circles. The PDL may be divided into two parts, one carbon tax which may remain as a fixed component and the other variable to be called the petroleum levy.

Petroleum has been traditionally considered a luxury deserving heavy taxation. It is no more a luxury but is a necessity, especially diesel which is used by the public transport sector. Forty to fifty percent of gasoline in Pakistan is used by poor motorcyclists and ‘loaders’. Europe continues to tax petroleum heavily. In Norway, despite being a petrol producer and exporter, current petrol prices are Rs250 per litre or more, almost double or more than double of Pakistan prices. Similar is the case in other European countries like France, Germany, Italy and the UK etc. The US, however, indulges in moderate taxation and its petroleum prices are used as a benchmark by many.

The government has stopped releasing firm data on petroleum taxation and price build-up. It has taken me quite some time and effort to calculate taxation impact under the current price announcement. Actually, it is the PML-N government which stopped issuing price-build up data – apparently for no good reason. The purported reason was, name-sake, competitive pricing at petrol pumps. The negative impact is that all kinds of inaccurate data circulate in the electronic and print media. This hurts government image and spreads confusion.

In our region in India, there is price competition as well; however, price-build-up transparency is maintained there. One would have more reliable Indian data available conveniently than one would have on Pakistan. One has to do backward calculations on the basis of widely dispersed data. Earlier, Ogra used to publish this data and continues to post historical price-build up data on its website. Serious consideration may be given by the government to eliminate this vestige of the past and announce its own well-considered policies.

Oil prices have gone down earlier, benefitting people temporarily. They may peak again as earlier to reach unaffordable levels. The issues and problems, however, remain. Realistically speaking, Pakistan may never become self-sufficient in oil and gas. However, dependence and imports can be reduced. Another problem is the dollarization of the energy sector, where locally produced energy does not save much foreign exchange.

We are an agricultural country with a lot of bio-resources. We have in this space drawn attention to the role of biogas and bio-CNG. Local resources and investments can play a major role in this respect. It can also play some role in boosting the economy and employment, especially in rural areas. It may not be inappropriate to repeat the same suggestion again while we have some sigh of relief at the reduction in oil prices.

It is pleasing to see that the government is promoting Electrical Vehicles (EVs) and a policy in this respect is on the anvil. With increasing share of renewables like solar and wind, EVs will make our energy sector more independent and sustainable. Why Fracking Will Never Be Banned In The U.S.