The announcement was followed by a force majeure declaration that affects the Mundra LNG terminal, owned by GSPC and Adani. The force majeure is in effect from 7 am India time (0130 GMT) on March 22, 2020, according to the company’s official notice.

“Port hereby notifies the Force Majeure event wherein port will not be responsible for any claims, damages, charges, etc. whatsoever arising out of and/or connected to the above Force Majeure event, either directly or indirectly, which without any limitation would include vessel demurrages,” the company document stated.

The force majeure is seen as a harbinger of lower LNG demand from India and a potential sign of force majeure notices from some Indian buyers, a Singapore trader said.

The DES West India spot LNG assessment for May delivery cargoes was assessed 22.5 cents down Tuesday at $3.075/MMBtu.

Bearishness from the Indian market translated to weaker spot LNG prices in North Asia, with Platts JKM dropping by 21 cents/MMBtu to $3.303/MMBtu Tuesday.

“India was one of the bright spots for LNG demand in February. If Indian demand drops I am not sure what would be supporting LNG prices from a free-fall,” a North Asian trader said.

Several trading sources said Qatar, the biggest Indian LNG supplier, was offering multiple cargoes this week due to cargo deferments or cancellations stemming from India and Europe. Qatargas was unavailable for comment.

The Mundra LNG terminal, which had received its commissioning cargo in January this year, has received three out of the four cargoes from Qatar so far, according to Platts trade-flow software c-flow. 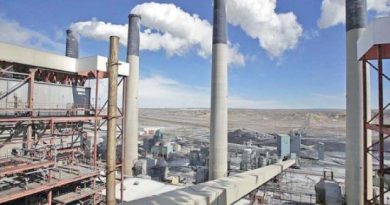