An elementary question, as the Diamer-Basha dam makes headlines this week: Why is Pakistan off to make the world’s tallest Roller Compacted Concrete (RCC) dam – an unmoving, inflexible, rigid structure of mammoth proportions – in one of the region’s most active earthquake zones?

Consider this fact: there are 300 earthquakes on average in a single month at the proposed site of the Diamer-Basha dam. Not just that – the reservoir is to be constructed on top of the Central Asian faultline.

The original designers of the dam in 1984, led by perhaps the most illustrious torchbearer of the Pakistan Army, General Dr Ghulam Safdar Butt, had put forth the blueprint of a flexible dam structure – one that could withstand the enormous seismic activity of the unpredictable Karakorums.

In 2004, for reasons that have frazzled concerned engineers for well over a decade, the design was changed from the safe, flexible concrete faced rockfill (CFRD) to its rigid and expensive cousin – an RCC structure with its height hazardously raised by almost 300 ft.

It is a dubious claim to fame: In the history of the world, no RCC dam has ever been built of even comparable height in such unforgiving conditions. In the event that the dam bursts at its proposed height of 908 ft during a routine seismic movement, eight million acre feet of water, with the destructive power of a hydrogen bomb, will wipe out everything on the Indus all the way down to Sukkur.

A letter written by the original designer of the dam, General Butt, in 2004 to then President Pervez Musharraf said: “I shudder at the thought of earthquake effects on Bhasha. Dam-burst would wipe out Tarbela and all barrages on Indus; which would take us back to the stone-age.”

It is perhaps the greatest proof of the incompetence of our times that without review, without competition, the consultancy for the Diamer-Basha dam was awarded to state-owned National Engineering Services Pakistan, an organization which boasts many great engineers but does not possess a single large-dam expert. The fate of millions of lives, and of the Indus cascade, now sits in the hands of men who are completely out of their depth.

Apart from its fatalistic safety prospects, there are unimaginable hidden costs associated with the construction of Diamer-Basha.

The logistics of simply the construction material for over 16 million cubic meters of RCC plus conventional concrete involve massive quantities of cement, steel and sand to be carried over the existing Karakorum Highway. These supplies are near impossible to presently transport to the proposed site while the original CFRD design requires raw material – rock and granite – that is native to the region.

The original project design entails close to nil transportation costs, no expensive widening of the Karakorum Highway and no riverbed excavation. The RCC Diamer-Basha has an estimated cost of $15 billion, whereas the CFRD structure can be built at less than half that cost.

Now, Pakistan is headed towards a financial blackhole, a dam so expensive and unsafe, it puts the very existence of this country on the line at 4,000 feet above sea level.

Where are caution and common sense? What is the logic behind turning Diamer-Basha into the world’s tallest RCC dam for the sake of an additional 1,100 megawatts and 1 MAF of storage increase? The foremost must be a safe design that allows for rapid construction at low cost. And for that, it is still not too late if Pakistan’s leadership wakes up to the hazardous realities of this contrived construction.

Without delving into the engineering technicalities, it is basic dam knowledge that Diamer-Basha in its currently proposed positioning will deny Pakistan the benefits of that critical and long-forgotten project, the Kalabagh dam, which has been relegated to the dustbin of bureaucracy against all norms of leadership.

But the Kalabagh dam can never be discredited by any true technical expert worth a minute of his or her expertise. It is the only viable project for flood control and low cost electrical energy in close proximity to the load centers.

Flood control has to be done at the point of maximum flow for which the Kalabagh dam in conjunctive use with the Mohmand dam and the Akhori off-channel storage can be adequate bulwarks for future floods which are guaranteed to threaten the plains of Pakistan during increasing cycles of climate change, global warming and melting glaciers.

In a September 2018 letter addressed to the honourable chief justice of Pakistan, one of the US’s foremost design and infrastructure firms, AECOM, cautioned against the hazards of the proposed RCC Diamer-Basha. It said: “If Wapda decides to proceed with this concept, the cost would be exorbitant and construction time would exceed ten years. The project risk associated with an RCC dam is extremely high due to the transportation issue and seismic profile found at the location of the project. In summation, for practical and economic reasons the RCC dam should not be recommended for the DBD project.”

A design review of Diamer-Basha is pending and remains imperative, even at this late hour.

It is clear that Wapda has not carried out competitive bidding for Diamer-Basha’s consultancy and main civil works. But a mandatory review cannot be ignored for a project so complex being undertaken in an area so dangerous.

Engineers do not possess a flair for the dramatic, and so I will endeavour to put this as simply as possible: The fate of Pakistan depends on the immediate design review of Diamer-Basha.

The writer is a consulting power engineer and convenor, Water Resource Development Council. 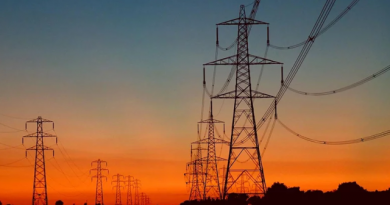 International court rules in favor of NTDC against Iranian co