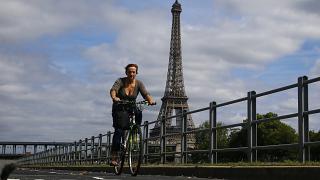 Parisian Mayor Anne Hidalgo has announced that returning to a city dominated by cars post- pandemic is “out of the question”. A special session was organised by the Paris City Council to look at ways to guide citizens out of lockdown, where Hidalgo emphasised her stance on reducing pollution in the capital.

“I say in all firmness that it is out of the question that we allow ourselves to be invaded by cars, and by pollution,” she said. “Pollution is already in itself a health crisis and a danger — and pollution joined up with coronavirus is a particularly dangerous cocktail.” Early studies carried out by Harvard University in the US have found that a rise in exposure to particulate pollution of just one microgram per metre-cubed of air could increase our chances of dying from the disease by around 10 per cent.

The move by France comes as heavy congestion has all but disappeared in many cities throughout COVID-19, leading to a sharp reduction in air pollution. But, with many European countries looking to ease restrictions, problems with overcrowding have seen some governments call for people to avoid public transport altogether, and there are fears this could lead to a surge in car usage.

Hidalgo has joined the leaders of a number of other European cities in setting out a plan that favours alternative forms of transport. She added that it was unthinkable that arriving in the city centre by car would be “any sort of solution”, saying that it could “actually aggravate the situation”.

AN ANTI-CAR FUTURE IN CITIES

One of the city’s busiest streets, Rue de Rivoli, which is home to the world-famous Louvre museum, was closed to make space for cyclists and pedestrians on 30th April. While the lockdown in France has begun to ease from 11th May, the closure of this road, usually densely populated with tourists, is set to last throughout summer and could become a permanent decision.

Paris is not the only place looking to encourage alternative forms of transport post-COVID19. The UK government has announced a £2 billion investment (€2.25 billion) to encourage people to continue the unprecedented levels of cycling and walking seen during the lockdown. Pop-up bike lanes, wider pavements and cycle/bus-only corridors could be installed within a matter of weeks.

Already some ‘rat runs’, small streets used by drivers to avoid busy main roads, have been closed to through traffic across the country. This has allowed more space for pedestrians and cyclists to stick to social distancing guidelines whilst retaining emergency access.

A £250 million (€280 million) emergency active travel fund will help local authorities continue these measures to make travelling without a car easier. There are also plans to create nearly 250 kilometres of protected cycle tracks in Greater Manchester and a ‘bike tube’ in London which sees routes following the existing Underground lines.

There will be a ‘bike tube’ in London which sees routes following the existing Underground lines.

“We know cars will continue to remain vital for many, but as we look to the future we must build a better country with greener travel habits, cleaner air and healthier communities,” said UK Transport Secretary, Grant Shapps.

“During this crisis, millions of people have discovered cycling – whether for exercise or as a means of safe, socially-distanced transport. While there is no change to the ‘stay at home’ message today, when the country does get back to work we need those people to stay on their bikes and be joined by many more.”

Brussels regional Transport Minister, Elke Van de Brandt, wrote an open letter to residents of the city urging them to leave public transport to those who have no other option. From early May, the city began to give priority to pedestrians and cyclists on its notoriously difficult to navigate streets.

“Over the last few weeks in Brussels, noisy traffic has been overtaken by birdsong,” says Van de Brandt, translated. “This eerie silence will start to fade from 4th May so we must make sure noise pollution continues to remain a thing of the past.”

“But as you all know, just two months ago our city was overcrowded with cars, the air was practically unbreathable and unsafe for all passengers. If everyone who used public transport before the crisis starts driving in a few days, the situation will only get worse in Brussels.

Gridlock, air pollution and a lack of safety on the roads are not how we will get out of this health crisis.”

Regional authorities are racing to get vehicle restrictions in place before the city fully reopens. An extra 40 kilometres of new cycle paths have been created and officials are working to make bicycles available quickly and at low cost to those who do not already own them.

Similar changes in Berlin’s Kreuzberg district are also being made permanent with nationwide reform seeing stricter rules for cars. Drivers have been banned from stopping in designated cycle lanes for any amount of time and must maintain a 1.5-metre distance when overtaking cyclists.

Coronavirus has forced people to stop using cars and residents of big cities are reluctant to give up the improved air quality that has resulted from reduced traffic. With officials looking to persist with measures to improve air pollution, increased use of alternative forms of transport could be the silver lining that comes out of this crisis. Karachi, a Clean City Once, Is Now a Trough of Urban Squalor 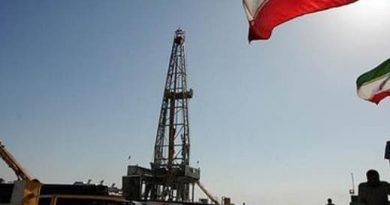