Pakistan might have to face shortage of petroleum products if refineries opt to cut production due to cheaper imports by Pakistan State Oil (PSO), leading to negative margins.

Oil refineries have informed the government that they have faced inventory losses worth Rs31 billion in March and April following lockdowns that shook global oil markets.

They also informed the government that slowdown/shutdown of any refinery in the country would have serious implications including product shortage/dryouts, port constraints and heavy strain on the country’s precious foreign exchange due to import substitution.

This is also essential for maintaining energy security of the country and catering to defence energy needs indigenously.

Now, they are facing another price crisis due to oil imports by PSO at cheaper rates during the first half of May that would become base for ex-refinery price of June.

Background discussions with industry sources revealed that refineries had government to either freeze ex-refinery price of May for June or announce fortnightly prices. Refineries foresee a serious shortage of petroleum products in the month of June 2020 due to various issues.

The average cost and freight crude price for the month of May for Pakistan Refinery (PRL) is well over $28 per barrel and for other refineries it is about $25 per barrel up to Wednesday and is expected to substantially increase as the current prices are well over $30 per barrel. The current MS price has doubled since the PSO import and diesel price has also improved by 30%.

Keeping in view this situation, refineries will try their best to operate at the minimum through put to cut losses and not to sell products at the hugely negative margins. PSO has planned to import three MS cargoes and Shell has planned one.

The other companies are unlikely to import products at such higher price to sell at Rs19 per litre and same is the case for high speed diesel.

PSO may import and take losses but they have a procedure which will take time. Hence, there is a possibility of a serious shortage in the country and the government should be aware and needs to take necessary actions.

First option is to freeze the ex-refinery price of May for the month of June. This will encourage refineries to operate and sell products. However, depending on the international product price there will still be a risk whether importers will import.

Refineries said that the business environment of the country during the last two years had remained very challenging and disturbing for the oil refining sector in Pakistan. The unprecedented devaluation of rupee against the dollar, overall decline in sales of petroleum products especially furnace oil sales and its pricing due to change in its specification by International Maritime Organization 2020 (IMO-2020) for shipping lines, low demand of fuel oil in power sector and weak international prices have been the major contributors to the financial difficulties of the refineries; thus, putting survival of the entire industry at stake.

Despite the serious challenges, the refineries are committed to undertake and upgrade their respective refineries for which a comprehensive policy framework of incentives is required for Refinery Expansion & Upgrade from Ministry of Energy (Petroleum Division) as this involves $5-6 billion investment in Pakistan refinery sector and cannot be materialised without the government’s active support, refineries said in joint letter sent to the Petroleum Division. The letter added that unfortunately due to the coronavirus pandemic, which has seriously affected the entire world including Pakistan, the refineries have requested for deferring these projects for sometimes.

The spread of Covid-19 has had a meltdown effect on global crude oil and product prices and has severely impacted the refinery sector in Pakistan and worldwide resulting in reduced sales and steep decline in petroleum prices.

Prior to Covid-19, Pakistan refineries were carrying huge inventories acquired at higher cost and then prices fell unexpectedly, which led to massive inventory losses to the local refineries during the last two months amounting to Rs31 billion.

“In our considered view, an urgent relief package is required from the government for an interim period to ensure sustainability of refinery operations failing, which it may cause some irreversible damage or financial collapse of refineries resulting in massive unemployment in refining and allied industry in addition to compromise on energy security of the country,” the refineries stated. 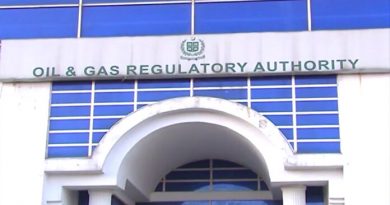