Most OPEC members seem to be quite happy with where oil prices are now, according to the energy minister of one of the smaller members of the cartel.close [x]PauseUnmuteLoaded: 0%Progress: 0%Remaining Time -1:41Fullscreen

“We all probably would like higher [oil prices] because we have more revenue, but we are conscious this is not good for the economy,” Equatorial Guinea’s Gabriel Obiang Lima told media, as quoted by S&P Global Platts. “It depends on who you ask, but I think the consensus is that that $60-70/b is OK for producers and for consumers,” he said.

The comments by the Equatorial Guinea official seem to reflect the general sentiment on oil markets. As Lima noted, anything below $60 begins to put a strain on most OPEC budgets. Anything above $70 prompts complaints from large consumers such as India and, notoriously, the U.S., with President Trump taking to Twitter several times during his term to insist that OPEC take care to push prices lower.

However, it appears that while happy with current prices, many OPEC members have production expansion plans. This includes Equatorial Guinea, which at the moment pumps around 120,000 bpd. The current output is expected to be boosted by another 20,000 bpd by the end of the year despite OPEC-wide production cuts.

Iraq also has plans for a production boost and so do Nigeria and Libya, to mention but a few. At the same time, non-OPEC supply is set to continue growing even though many analysts expect U.S. production growth to slow down. Norway, Brazil, Canada, and the newcomer Guyana are among the oil producers that are expected to boost their production substantially this year.

Add to this Russia, which has indicated clearly enough it would rather boost production than keep cutting it, and OPEC may be facing important decisions to be made later this year.

The cartel and its partners are meeting in march to discuss the progress of their production cut agreement and its future. 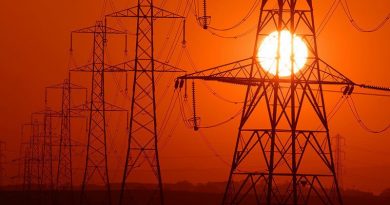