Solid waste and smog has been on the agenda of public debate lately. On Solid Waste Management (SWM), good news has started coming in. Recently there was a public hearing at Nepra, on a tariff petition for a Khyber Pakhtunkhwa Waste to Energy (WtE) project. Earlier, Nepra had awarded tariff to a similar project in Lahore.

Most recently, reports have been published of KE signing an MoU for a similar project. While this is all good news, we would like to caution against some risks in planning and implementing such projects from an environmental perspective, lest solving one problem may cause yet another one. Such warning or cautions, however, may not be construed as opposition to these initiatives but are really meant to improve upon them.

The Green movement and its stalwart international NGOs have been traditionally opposing burning solid waste and have been arguing in favour of Landfill sites. In the past, they even opposed the installation of a much smaller hospital waste incinerator project at a local hospital in Lahore. However, that was in the 1990s. Sentiments have changed since then. Landfills have not been managed effectively, especially in developing countries. They have been often seen to conduct open dumping rather than be organized and well managed landfills. GHG emissions in the landfills have been high. In the US, GHG emissions from landfills are the third largest source.

WtE and MSW incineration has been quite popular in Europe, probably due to land scarcity. In the US, landfills have been more popular. However, around 77 WtE plants have been installed in the US as well. Elsewhere in the world, enthusiasm and support for WtE projects has increased. More than 1000 WtE plants are in operation now in the world; 400 in Europe and 200 in China. China, although, has been a newcomer with only 15 WtE plants in 2005 has reached a level of 200 units. In the process, they have improved technology and have reduced costs and are quite competitive in the global market.

WtE plants essentially burn coals in CFB or grate type boilers to produce steam which drive turbines and generators to generate electricity. WtE power plants emit many injurious chemicals and metals, much more than any other type of power plant including coal, except that coal power plants are very large;1000 MW coal vs 100 MW WtE typically. WtE plants, however, install expensive pollution control equipment. More than half of the CAPEX of WtE plants goes into the installation of such equipment. That is why WtE plants are expensive – costing $3.5 million per MW as compared to half or one-third that much for coal power plants.

Scrubbers and filters are installed; urea and ammonia is used to neutralize NOx; calcium for SOx, activated carbon for absorbing mercury, other metals, Dioxin and Furan and other chemicals. Both equipment and chemicals enhance CAPEX and OPEX and thus WtE electricity is expensive at 10 USc; in the US, a cost of USc 6 has been quoted by some sources. One may not mind it if one compares it with coal power at 8.5 USc.

The risk is that IPP investors may cut corners in installing all the required equipment, despite provision in the regulators tariff award; both equipment and chemicals use may be compromised. In Pakistan, this has happened frequently in many public-sector facilities. Budgetary provisions are not there and whatever budget is there is pilfered. Provincial EPAs normally collude with the polluters or appear to be too timid in monitoring large government supported projects.

One is not sure whether there are proper environmental regulations for the environmental performance of WtE plants. For the Lahore WtE project, only an IEE (Initial Environmental Examination) has been found to be adequate. Due to its size – 40 MW – perhaps, such lax treatment has been allowed. Although it is a smaller power plant, its potential to cause harm is much more due to the heterogeneity and uncontrollability of MSW which is its fuel.

Nepra considers an NOC from EPAs to be enough. Nepra’s generation licensing activity also does not pay much attention to environmental aspects. Similarly, acceptance testing and monitoring during operations gets short shrift treatment with regard to this aspect. If for nothing else, Nepra should take more interest in it, so as to guard financial compliance which is its forte.

There are other risks as well which must be mitigated. WtE electricity cost and tariff would be dependent on the heat content (CV) and composition of solid waste which would be provided by the local governments. Will it be more effective if MSW collection is also contracted to the WtE IPP in order to have more direct leverage on availability and quality of MSW? Recyclers may scavenge high calorific value items which may never reach the WtE plant, causing lower CV in MSW fuel. More than half of the WtE plants in India were closed due to this issue. This has, however, not deterred India from installing more of it. WtE plants are new projects. Adequate effort should be applied in drafting PPAs and fuel supply agreements.

The Lahore project will produce 40 MW, disposing 2000 tons per day of MSW, as per data provided in the Nepra approved generation license. MSW is relatively low in CV, about one-third of the CV of coal. Lahore MSW generation is of the order of 8000 tons per day. This solves 25 percent of the problem. Luckily, Lahore’s MSW project is resorting to other routes as well; composting and RDF (Resource Derived Fuel) as well which hopefully will take care of the rest of the MSW.

For KP, Peshawar and adjoining areas, 40 MW may be a good capacity. However, for Karachi, 40 MW may be too small for 16000 tons per day of MSW taking care of 12.5 percent of the problem. However, this may be a good start only; more capacity can be added later, in addition to adopting other technologies like composting.

WtE plants are a waste disposal tool and not a mainstream energy production route; they are at best a byproduct subsidizing waste disposal costs. Wind and solar are much cheaper at 4 USc, although, such lower costs have yet to materialize in this country. Elsewhere, it is as low as 2 USc per unit. WtE plants may, however, be comparable with coal both in terms of CAPEX and CoGE (Cost of generation);1.4 Mn USD per MW CAPEX for coal vs 3.5 Mn USD per MW for WtE; CoGE for coal 8.5 USc vs 10 USc for WtE. Neither will capital be available for wide-scale electricity generation on MSW nor will there be enough MSW. Potential is one thing and actual reality another. The total potential of WtE plants may not exceed 500 MW.

WtE plants are mass burning facilities, which have no time and space for such nice and soft things as pre-segregation, reuse, composting, biogas and recycling which may be compromised. Nevertheless, some composting must be done, using extra MSW, to create green places and change the adjoining bio-life. Recycling of paper, metals and glass is highly attractive and creates useful employment for poor scavengers. Recycling of paper and similar burnable materials may, however, cause reduction in the calorific value of the MSW fuel affecting operations and economics of WtE plants.

The overwhelming benefit of WtE plants is mass reduction, reducing the waste to 13 percent of the initial mass, saving often expensive space. People have been sceptical of such burning. Increasingly, municipalities have been flaunting these plants developing skiing facilities, hotels and other tourist facilities around it. We can use the released land for a low-cost housing scheme for the poor. 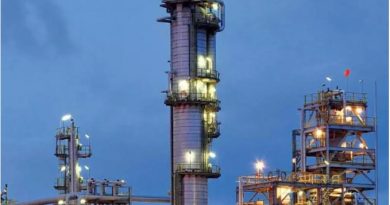