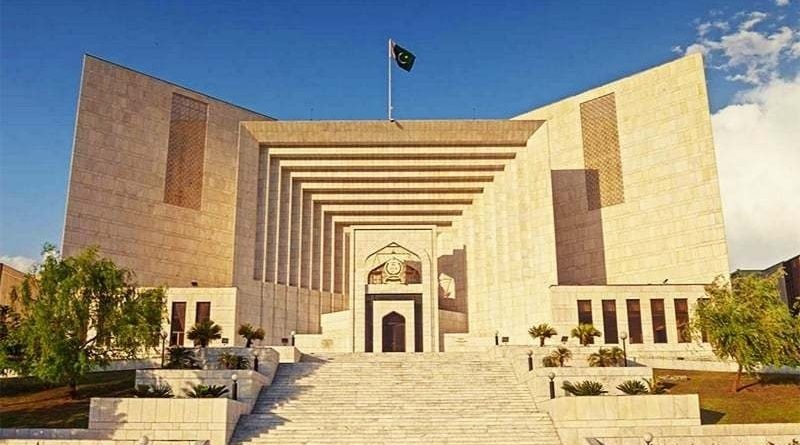 ISLAMABAD: The Supreme Court has been requested through a petition to order the federal government to immediately declare a national public health emergency in the wake of the coronavirus pandemic. The federal government should also set up an emergency relief fund by utilising money received for construction of dams for curtailment of the virus, the petition suggested.

The petition has been moved by some lawyers who are human rights activists, namely Rohail Kasi, Usama Khawar, Ammar Rashid, Makki Khan Vardag and Hassan Kamran. They alleged that the virus was rapidly spreading in the country due to the government’s mismanagement.

In a related development, a senior member of the Pakistan Bar Council (PBC), Raheel Kamran Sheikh, has urged the bar members through a letter to adopt a resolution, asking the federal as well as provincial governments to release on bail all under-trial prisoners, without having to apply for bail, except for a few well-delineated classes of accused whose detention was indisputably essential for public safety.

Mr Sheikh highlighted that the detained population mostly consisting of under-trial prisoners, was entitled to the fundamental rights to life, dignity and fair trial since the law presumed them to be innocent until proven guilty.ARTICLE CONTINUES AFTER AD

Meanwhile, the petition which was instituted under Article 184(3) of the constitution, has also asked the apex court to issue directions to the federal as well as provincial governments for taking immediate action to effectively deal with the coronavirus outbreak as the governments has clearly failed even at such an early stage of the pandemic.

The petition fears that the number of confirmed cases of coronavirus in the country have jumped to 504 on Saturday from 22 cases last Friday. The petitioners feared that if the virus was not contained right away, it would reach a level that the governments would be unable to control.

The petitioners contend that even at this early stage of the pandemic the federal and provincial governments have failed miserably and in fact the governments’ current policies, ignorance of the gravity of the situation and inaction would only further accelerate this issue.

This pandemic disease, if not curbed urgently, possesses the capacity to destabilise the entire nation, resulting in unmatched physical, mental, economic, and social loss to the country, the petition argues.

It has pleaded before the court for urgent action to secure katchi abadis and refugee settlements since katchi abadis with their high density, poor sanitation, water shortages, and proximity to sewage could become death traps and flash points for coronavirus expansion.

Similarly, release of under trial inmates and convicted prisoners for minor offenses incarcerated in jails all over the country has also been requested through the petition.

The petition fears that if the federal and provincial governments do not take immediate effective measures, there would be a large-scale loss of lives, critical health issues, food shortages, economic downfall, crime, and chaos.

The petitioners realise the urgency of the situation and say that all organs of the state should be engaged at this moment in dealing with this pandemic before it is too late and the country reaches a point of no return.

The petitioners urge the Supreme Court to play its role in saving Pakistan from the worst health and economic crisis that the country is heading towards.

Written by Mr Sheikh, the letter suggested that such release on bail must necessarily be followed by to coronavirus testing lest those who were carriers of the virus mixed up with their families and public instead of being quarantined in health facilities till such time they recovered completely.

He recalled that the overwhelming majority of the detained persons were accused of offences other than those attracting maximum punishment of imprisonment for life or death.

Most of them are incarcerated at least partly for the reason that the law governing the grant of bail in Pakistan continues to be archaic and colonial in its legacy and the same has not been brought by the parliament in conformity of the fundamental right to fair trial, as embodied in Article 10A of the Constitution.

As far as the convicts are concerned, the federal and provincial governments possess ample powers of clemency under Articles 45 and Chapter XXIX of the Criminal Procedure Code (CrPC) to grant pardon, reprieve and respite, and to remit, suspend or commute any sentence.

“In the exercise of such powers, the president acts on advice of the prime minister and his cabinet and the same can be exercised for general clemency as well as in specific cases,” he suggested. 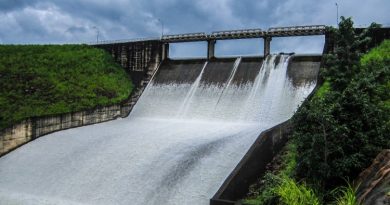 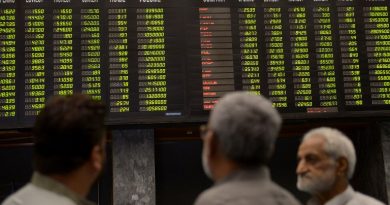