ISLAMABAD, Pakistan — A Pakistan International Airlines plane with at least 91 people aboard crashed on Friday in a residential area near the airport in Karachi, Pakistan’s largest city, officials said.

No information about casualties was immediately available, and there were conflicting reports about how many people had been on the plane.

Initial news reports said the plane had skidded off the rooftops of several houses before bursting into flame. Thick plumes of smoke billowed up from the crash site.

The pilot told the control tower that he was having technical difficulties, according to Air Vice Marshal Arshad Malik, the chief executive of Pakistan International Airlines, the national carrier. He said the airline was trying to determine what those difficulties were.

“The pilot was told that both runways were ready for him to land,” Mr. Malik told a Pakistani TV channel. “However, the pilot decided to do a go-around. Why did he do that, due to what technical reason, that we will find out.”

The A320 typically has around 180 seats. The crash happened days after Pakistan began allowing domestic flights to resume after a lockdown to contain the spread of the coronavirus.

By late afternoon on Friday, emergency workers had poured into the neighborhood — called Model Colony — near the crash site. Many parked cars had been destroyed.

Amjad Shah, who lives in the neighborhood, said he woke when he heard a sound “like a bomb exploding.” He said that security officers were trying to move people away from the crash site, but were “facing huge difficulties” because of the crowds and the narrow streets. 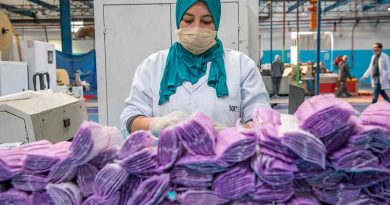 Social distancing till 2022: COVID-19 expected to become a seasonal affliction